I have been subscribing to a series of newsletters by Harvard professor Bob Behn for many years now. Behn teaches in the Kennedy School of Government. They cover many topics that touch on our audit world: accountability, performance, measures, management. The one-pagers are an interesting quick read on topics about government performance.

Behn has a good eye for the pragmatics that interfere with the best laid plans of policy makers and executives.

His narratives often bring in ideas and experiences we encounter in performance auditing, though he has raised a few questions about the profession. He wrote about one hearing he attended in Olympia in 2008 about a performance audit of the state’s transportation department, produced by contractors Ernst & Young. He learned about specific cost savings identified by the auditors but didn’t get a sense of the agency’s performance, and seemed to have an idea of what was missing:

“For a performance audit, however, what is the equivalent of the financial rules? Who has set what expectations for performance for which the auditors can check”?

It’s clear that Professor Behn comes from a measurement viewpoint, because he seems to want a target or expectation as a basis to gauge performance. The intent of performance auditors is to spot a solution or strategy that improves an organization’s performance, and results. We don’t grade agencies but we show agencies a path to save money, serve more clients, or produce better outcomes. And, as we say, there is always room for improvement…

It would be very difficult for us to produce a reliable grade because the performance of an organization is dependent upon too many variables, external and internal. Economic conditions can affect the costs of goods and services, or the workload in an employment department. Demographic changes, federal rule changes, weather conditions, and even availability of street drugs are just some of the factors that can make government agency outcomes better or worse. These agencies also face internal variables such as turnover in managers or staff, computer system efficacy, agility to change, and sufficiency of resources.

The professor writes about many of these challenges, so perhaps he is taking a second look at his first impressions of performance auditing. Some activities are subject to control, such as financial rules, while others can only be ‘managed’ within circumstances.

Here is a sampling of some of the more recent newsletters, and there are many others worth reading as well.

October 2014: What Performance Mgmt Is and Is Not

August 2014: Designing a Test Worth Teaching To 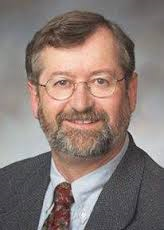