We here in the audits division are proud that the work we do makes a difference. Our work attracts the attention of the legislature, statewide news sources, and even local media outlets. Local media coverage of our audits is just another way we communicate with the people of Oregon about the work that we’re doing on their behalf to make government better. This is part of an ongoing series of posts rounding up recent instances in which the Oregon Audits Division makes a cameo in the local news.

As previously announced, division director Gary Blackmer is retiring next month after 30 years of auditing at the city, county and state levels. Gary was featured in an interview and article in Governing magazine, where he reflected on his career and shared some insights learned from decades of auditing experience. 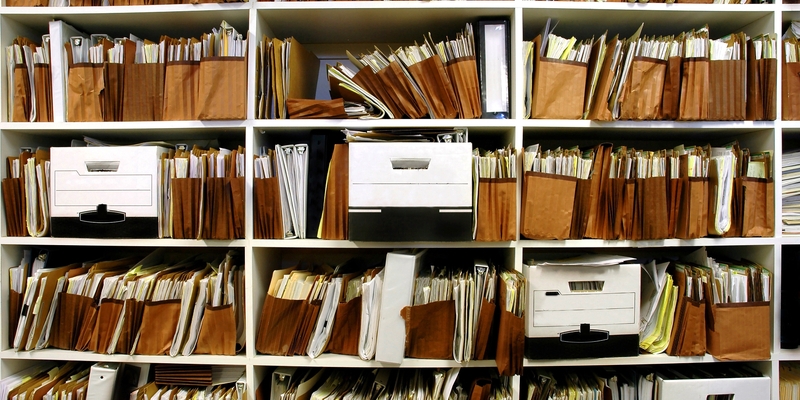 Oregon state agencies respond well to most public records requests for routine information, but the infrequent complex requests produce challenges. As a result, some requesters believe that agencies deliberately discourage, delay, or block the release of public information.

The Department of Administrative Services should provide guidance and training to help agencies develop procedures, and agencies should create timeliness goals for responding to requests. Better monitoring, consistent fees, use of technology, and third-party mediation could also help with the retention and disclosure of public records and improve trust in Oregon’s government.

Oregon’s public records law was enacted in 1973. Known primarily as a law of disclosure, the law grants all citizens within the state of Oregon the right to inspect all records – with some exceptions.

When the law first passed, it included 16 classes of records that could be exempt from disclosure for a total of 55 exemptions. Changes and revisions since that time have raised the total number of exemptions in Oregon law to more than 400. The intent, however, remains the same: that Oregon’s government is accessible and transparent to its people.

For our audit, we examined nine agencies of varying sizes and missions to capture a fuller picture of public records in Oregon state agencies. The nine agencies were:

We found that public records requests generally fall into one of two categories. The first is routine requests, or common requests for information that agencies have easy and ready access to. These requests, which generally make up 90 percent or more of an agency’s total requests, can be fulfilled at little to no cost and within a couple of weeks.

The other category is non-routine or complex requests. These are voluminous in scope, ask for “any and all” information, or are otherwise complicated for an agency to complete. These are the requests that can take weeks or months to fulfill and often at a high cost.

In the selected files we reviewed, we found no evidence to suggest that agencies were regularly taking an unreasonably long time, or charging unreasonably high fees, to respond to records requests. But when agencies struggle to respond to complex, non-routine requests, it can foster suspicion and distrust, which in turn can undermine the credibility and transparency of both the agency and Oregon government.

To address this distrust, some states and provinces have established a neutral, third-party entity that helps mediate disagreements between requesters and agencies. An ombudsman or commission can help determine when a request is too broad or when an agency is taking an unreasonably long time to respond. Oregon has no such mechanism. The Attorney General’s role is limited to denials based on exemptions and fee waivers.

It is important that agencies properly retain and manage their public records so they can be efficiently located and disclosed in response to a records request. To do this, agencies must follow their retention schedules – guidelines, created and authorized by the Archives Division, that determine how long certain records must be kept before they are destroyed or transferred to the State Archives for permanent retention.

But we found that agencies are keeping too many records for too long, resulting in a large volume of information. Some employees are too cautious about accidentally deleting or losing track of a public record, and so have a tendency to “keep everything.”

We found that better management tools and specific training on the issue of record retention may help state employees better manage records. This can reduce the volume of public information statewide and assist agencies to more efficiently respond to public records requests.

Exemptions remain an issue and may require a closer look

Exemptions – those instances in which a record may be exempt from disclosure – make up a major portion of Oregon’s public records law.

Agencies generally understand which exemptions most commonly apply to the records in their care. But due to the sheer number of exemptions in the law, including how they are worded and where in statute they are located, staff sometimes must consult with experts or the Department of Justice.

There is a perception among some requesters that agencies inappropriately use exemptions to block the release of public information. Most of Oregon’s exemptions are applied at the agency’s discretion. After weighing the public interest, these records may be disclosed even if an exemption applies. The exception is confidential information, which is legally prohibited from release.

These issues regarding exemptions are not new. After a national report gave Oregon a failing grade in government transparency eight years ago, state officials closely examined the law and accepted feedback from requesters and public officials. Their findings, published in 2010 as the Attorney General’s Government Transparency Report, found that “Any meaningful overhaul of Oregon’s public records law must reorganize and make coherent sense of the numerous exemptions.”

A bill was subsequently introduced in the 2011 legislative session to address some of these recommendations, but it failed to pass. A task force was recently convened by the Attorney General to examine in greater detail the issues of exemptions in Oregon law.

Variations in responses frustrate some requesters

Requesters expect their government will be transparent and open, that fees charged for requests will be reasonable and records will be made available as quickly as possible. They expect agencies that fail to do so will be held accountable.

But variation among agencies’ responses to records requests – in both fees and timeliness – can lead to confusion and frustration among requesters when they are not sure what kind of response to expect.

We also found a time variation among agencies in responding to requests, due largely to the differences between routine and non-routine requests. First, agencies have varying internal guidelines for what it means to be timely, if they have any internal guidelines at all. Second, timeliness depends largely on the type of request an agency receives. We found that routine requests were fulfilled within 14 days, while non-routine requests could take upwards of 265 days to fulfill.

We saw no evidence to suggest that adding a specific deadline in law would positively affect agencies’ abilities to respond to requests in a timely fashion. But agencies that set internal guidelines or goals to respond to

requests hold themselves accountable to requesters while maintaining the flexibility provided in Oregon law.

Agencies are not keeping up with changing technologies

Oregon’s public records law was updated in 2011 to extend the definition of a public record to electronic or digital messages. Agencies have taken a longer time to update their own policies to include emerging technologies such as email, text, and instant messages.

A few agencies have adopted policies to address social media, which appear to draw language from the Social Networking Media guide provided by the Department of Administrative Services.

Technologies like those mentioned above have changed how government and its agencies communicate with the public. Technology can also help agencies improve transparency by being proactive and making information available online. Several agencies have done so with commonly requested information, which can help reduce the overall number of public records requests.

Our recommendations are addressed to three groups: the Department of Administrative Services (DAS), all state agencies, and the Oregon Legislature.

We recommend the Department of Administrative Services create statewide, standard rates for copying and rates for employee labor, to resolve some of the inconsistency in public records requests fees statewide. We also recommend they provide guidance to agencies regarding communication technologies as they relate to public records, including personal email, text and instant messages, and social media.

For agencies, we recommend they create policies and procedures to clearly address communication technologies under the guidance of DAS. We also recommend they adopt tools to help manage both record retention and public records requests.

For the Legislature, we recommend they consider creating a neutral third-party, such as an ombudsman, to mediate disputes between requesters and agencies. We also encourage them to consider the forthcoming results from the Attorney General’s task force for any recommended changes regarding the public records law.

For a complete list of our recommendations, see page 24 in the full report.

The response from the Department of Administrative Services is attached at the end of the report.